Showing posts from 2020
Show all


I paid more money in federal taxes as a college student working a part-time job.
I even paid more money in federal taxes as a graduate student with only fellowship funding.
Understand the absurdity of shelling out $1500 a year as a grad student making less than $20k, during the same exact time that the millionaire "leader of the free world" is paying $0 in personal income tax.
In a good decade, I gave $15k to the government, after deductions. Trump? No more than 10% of that.
Trump paid less taxes than I did while I was in graduate school. Two months of rent covers 30 days of shelter but only 2-3 nights of stay in a Trump Hotel. He's out a short vacation. I am racking up fees because my rent is late.
We have the audacity to talk about financial literacy and wealth management and to dole out achievement driven explanation…
Post a Comment
Read more

- July 05, 2020
Voices in Action Concert: Artists Against Oppression Hey folks,  Today at 8:50 PM EST / 5:50 PM PST, I will be performing my poem I wrote two months after the execution of Sam Dubose on July 19, 2015 by University of Cincinnati police, Ray Tenning. Tenning was fired from the department and indicted for murder and voluntary manslaughter; however, after two hung juries, his charges were dismissed with prejudice. "#NotAnotherHashtag" was penned connecting my own anguish to my own encounters with the police, which I detail in the poem. I detail the case that shifted my mind in a blog I wrote, "I am Rayshard Brooks". I also detail this case through a comedic form, "Ketchup" for In Laughing Color for Queerky Folks. I hope you can tune in.
Ali
Voices in Action Concert is a telethon-style event that will livestream on Sunday, July 5th from 9am to 9pm PST (6am - 6pm EDT) to raise money for the NAACP Legal Defense and Education Fund. The event came about through “how c…
Post a Comment
Read more 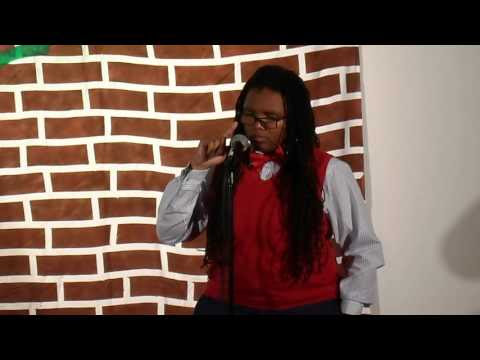 11 charges for murderer. 3 for partner. I didn't even know some of these charges were crimes.

Morals of the story?

- May 30, 2020
“If I didn't define myself for myself, I would be crunched into other people's fantasies for me and eaten alive.” -- Audre Lorde

Tamika Mallory's speech provides an important lesson and warning about letting other people define what the nationwide #GeorgeFloyd protests means for us and why you should not allow people to write our story of our actions.
See my full transcription of the speech below.

Summer in Atlanta 2020: Do Not Let Them Rewrite Our Rebelllion

- May 30, 2020
People will try to rewrite Atlanta's protest history. When they do so, remember this. This is where it began.
The is Atlanta right now. Worth a million words.#GeorgeFloydprotestpic.twitter.com/O8S5X0nvAD — Joshua Potash (@JoshuaPotash) May 29, 2020
Post a Comment
Location: Atlanta, GA, USA
Read more

- March 19, 2020
There are a lot of #coronavirus rebate policies floating around. My response considers these policies broadly. The policy we need must have elements that are universal, need-basis, and industry/occupation-targeted. Basically, we need a 21st Century New Deal.
Most of the policies presented are income-based, and the worse are contingent on tax liabilities. The overwhelming majority ignore that need is created both by how consumers actually spend their money and how American workers make their money. Let me explain why such policies ultimately will be inefficient at plugging the gap in the long run.
Foremost, income-based policies ignore the choking reality of wealth inequality. Assets (e.g., savings, checking accounts) are the primary means people have to cope with financial crises. Yet, a sizeable portion of the American public has little to no savings but this is being completely ignored.
Moreover, most policies conveniently ignore the outstanding burden of debt liabilities. Even r…
Post a Comment
Read more
More posts