Seven Lessons of Financial Literacy 101: Or, If We Do Not Eat, We Cannot Write

- June 17, 2017
Pondering "dollah, dollah" bills right now, as I complete preparation for the first summer gig I have accepted since finishing my Ph.D. program in 2013. It's been four solid years, and I do not regret a moment off the summer income grind. The time typically spent prepping, in office hours, managing emotions, invoices, and PI expectations has been rerouted to strengthening my research in ways that are tractable and contributory. Sunday, however, I fly out to Albuquerque, New Mexico for a week-long course on race, methods, and health co-taught with the ground-breaking political scientist, John A. Garcia, and hosted by the RWJF Center for Health Policy at UNM. In mid-July, John and I team up again in Ann Arbor, Michigan via the RWJF-funded short course on health issues facing vulnerable populations hosted by the ICPSR Summer Program in Quantitative Methods for Social Research. This year, John and I will be joined by one of the leading sociologists of the Great Recession, Sarah Burgard of the University of Michigan, and one of the most prolific, junior public health demographers focused on immigrant health, Annie Ro of the University of California, Irvine.

Note: I'm excited to join these summer teaching teams; but I cannot do so without considering the ways that my journey with financial illiteracy has led me into this space in the first place. This is my story. 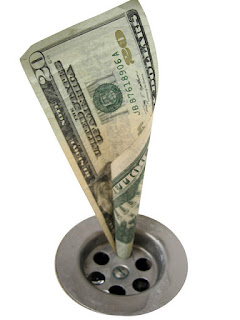 While in graduate school, I routinely searched for labor and funding opportunities in the summer. I did not have a clear understanding of an unspoken but implicitly taken-for-granted expectation about "graduate" summer school: That one was supposed to be polishing up term papers for submission to peer-reviewed outlets. For me, the summer was MY time to MYself. Moreover, despite securing seven years of funding for graduate school before I ever set foot in a Ph.D. program, I faced difficulties making ends meet. Of course, there is a lot of context (read: backstory) behind why I was in this predicament summer after summer, driven to seek hourly employment instead of peer-reviewed publications. However, for the sake of simplicity, let's boil it down to challenges to financial literacy.

For me, financial illiteracy showed up in several forms: 1) chronically having more expenses going out in a month than income allocated for that month (the problem of the balance sheet); 2) resorting to accumulating unsecured debt obligations that I felt morally obligated to pay at all costs (the problem of betting on futures); and 3) embracing the myth of independent success (the problem of economic support). Any one of these problems can be overcome by viable interventions. The combination of these problems, however, presents a sort of sinkhole that becomes more difficult to climb out of the more one resists the force of the energy field.

Set, though, on pursuing "the life of the mind", I recognized eventually that I would have to financially invest in myself. My primary investments were in conferences where I met fellow scholars that buoyed me out of treacherous waters via various sources of funding, including my department, my professional organizations, a research center on race and ethnicity for which I was an inaugural member, and the Ford Foundation. My secondary investment was purchasing data that would eventually be integral to my intellectual projects via generous funding from the Ford Foundation. This type of data linkages and harmonization was quite an expensive and intensive endeavor and would not have happened without Ford. Ironically, the data I used is now historically archived for free by HUD (for now!). Sometimes, I fancy myself thinking that my research funds helped democratize access to that federally-mandated data source. My tertiary investments were books on Amazon (no joke: my library is pretty amazing according to my students, and I rarely paid full price for any volume). Those investments, however, did not solve the problem of an income shortage from a singular, fixed source. I needed more income streams. Accordingly, I began looking for research consultantships and funded training opportunities.

Undoubtedly, this pursuit contributed to me becoming a research methodologist: I did not know much about any particular topic, but I liked playing video games. Stata/R/SPSS/SAS were my entertainment systems akin to Xbox, Playstation, and Nintendo. Each dataset was a video game to be traversed using the tricks and tips of the local communities that sprouted up to fill the gaps presented by poorly-created codebooks and poorly-funded data cleaning specialists. My background and strengths in math and engineering facilitated my ease with systematizing datasets and mining spreadsheets for patterns.

My early exposure to leading sociological theorists of interdisciplinary subjects such as race, health/medicine, and attitudes facilitated my adeptness at translating social science methods to researchers across an array of disciplines trained in divergent and, seemingly, oppositional methodologies. Some of those efforts have even paid off in terms of publications contributing to my research portfolio examining the spillover consequences of the political economy of race and racism -- as in the study that is First Online at the Du Bois Review concerning the labor market segmentation that occurred in East Bay after the passing of the country's first-ever municipal-level bilingual employment policy. Most efforts simply strengthened my expertise in social science research methods, which I eventually received a Ph.D. Minor for as part of my concentration outside of Sociology.

Via conferencing and training institutes like the ICPSR Summer Program for Quantitative Methods for Social Research, I met senior researchers who needed someone who could make sense of the data, dive deep into the structure and idiosyncrasies of difficult datasets, and work efficiently and cost-effectively. They also had research funds. Gradually, through referrals between professors and advanced graduate students, I grasped the gritty nuts and bolts behind grants, summer "ninths", and invoices. For instance, the footprints of my labor can be seen in the 10 foci regions identified as target areas by emerging brokers in health activism like the GrassROOTS Community Foundation (think: #1000BlackGirlBooks). Moreover, the social relationships I cultivated via such collaborations would allow me the quick ear, when needed, of colleagues who would ease my transition from the world of learning to the world of creating -- effectively, from student labor to intellectual entrepreneur.

To end, I offer seven (7) tips I live by regarding financial literacy that may be helpful for other early stage scholars as you transition away from referring to IRAs as "i·ra·s". *chuckle* These tips breed lessons that remind me that if I don't eat, I can't write.

Remember: If WE do not eat, WE cannot #write. Research tells us that black youth who come to school hungry, do worse. This pattern can be generalized up through the life course. 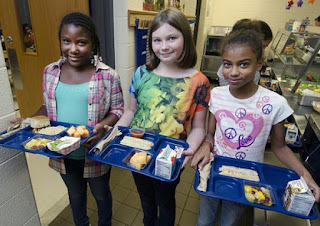 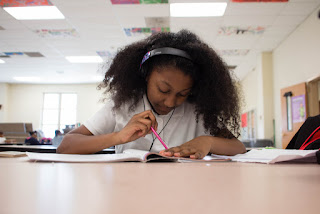 These are my tips and the lessons I learned from them.


First, a disclaimer: I am not a financial advisor nor have I ever accepted any fees for financial advice provided to anyone. I have personally cultivated knowledge over a 16 year period on financial matters so as to keep the bank sheets "in the black" despite limited, fixed, and inconsistent income, quantifiably asymptotic initial assets, and a penchant for binge shopping.

Third: Free money is the best money. Institutions that make deposits into HSA/FSA accounts are a godsend, as well as any deposits one can collect passively (e.g., dividends from company shares; thanks Gap, Inc.!).

Fourth: O-P-M is not a drug; it is your best friend. Yes, Other People's Money is the first and preferred way for many academic travelers these days, especially when that money is not taxed (see tip #2, as in research grant monies or someone else's startup funds).

Fifth: Dividends and other forms of passive income are only as reliable as the assets they are built on: They won't mask a stinking pig. Diversify your wealth-building portfolio. Do not put all your eggs in one basket. Even use multiple IRA accounts tied to different companies and different underlying asset sources. The Great Recession hurt a lot of people; especially people who had all of their wealth stuck in their home or a home equity line of credit. Follow the advice of good tax lawyers everywhere, especially this one's advice in Forbes: Diversify.

Seventh: And, when you're super broke -- Window shopping is better than returning stuff. Sometimes, you don't have to actually buy *it*. Research suggests, and my experience last week confirms, that just sensing a consumer good you enjoy can relieve stress and enable the release of endorphins. Don't be scared: Go ahead and touch it. 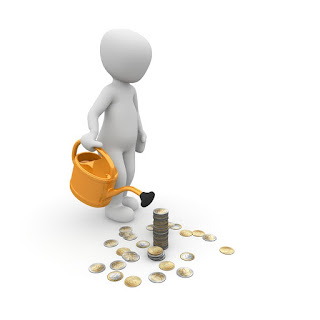 And, please, leave a comment and let me know whether one (or another) of these strategies is working for you.

- May 30, 2020
“If I didn't define myself for myself, I would be crunched into other people's fantasies for me and eaten alive.” -- Audre Lorde

Tamika Mallory's speech provides an important lesson and warning about letting other people define with the nationwide #GeorgeFloyd protests meant for us and why you should not allow people to write our story of our actions.
See my full transcription of the speech below.

You Can Call Me "Ali"

I invite you into a new space that has provided me comfort. About six (6) months ago, I wrote my last blog as a writer without tenure. During that time, I asked people to start calling me "Ali", which is an Arabic root that means, "high", "elevated", "champion". People must have thought me completely obnoxious. "Call me `Ali'...like Muhammad Ali," I offer. Oh, ohhh, ok: "Ali?!?" "Yeah, Ali," I respond. There is a soft rhyme in the name, "Abigail Ali"..."A.Ali"..."Dr. Ali". Call me "Ali".

Ali, for me, is short for Alyasah, so you can know how to pronounce the name properly: Ahh--lee--ah--sah. Not, Al-Ya-Sah. Not, A-lish-a. Not, Ally-as-ah. Not, Ally, Al-lie. Call me, "Ali". Derived from "Aliaxa", my champion for infinity. How I got here from Abigail is a hard story to tell. It is a story of love, of grief, of misdiagnosis, of asylums, of passi…
Read more

- March 19, 2020
There are a lot of #coronavirus rebate policies floating around. My response considers these policies broadly. The policy we need must have elements that are universal, need-basis, and industry/occupation-targeted. Basically, we need a 21st Century New Deal.
Most of the policies presented are income-based, and the worse are contingent on tax liabilities. The overwhelming majority ignore that need is created both by how consumers actually spend their money and how American workers make their money. Let me explain why such policies ultimately will be inefficient at plugging the gap in the long run.
Foremost, income-based policies ignore the choking reality of wealth inequality. Assets (e.g., savings, checking accounts) are the primary means people have to cope with financial crises. Yet, a sizeable portion of the American public has little to no savings but this is being completely ignored.
Moreover, most policies conveniently ignore the outstanding burden of debt liabilities. Even r…
Read more